as you parent little ones

I never really would’ve thought of myself as a cautious person growing up.  As a matter of fact, I might have been called pretty daring.  By the time I got married, I had gone bungee jumping, sky diving, white water rafting, you name it.  I was a big adrenaline junkie.  But factor in four kids into this equation and this mama really slowed down.  When I had my first son, I felt like a piece of my heart was just walking about outside my body.  Even worse, I cared for that particular piece more than I ever cared for any other part of me.  I wanted to protect that kid from any possible harm.

As my little baby grew into a toddler, my world turned upside down.  He wanted to jump off counters and touch dirty things.  He wanted to play with other kids that might totally be sick.  He licked the floor for goodness sake.  Where was I supposed to draw the line?  How are we to know what risks to let our children take and what others we should protect them from?  Quite honestly, I don’t really know.  I actually don’t even think there’s a specific answer to these questions.  All I know is that I slowly learned to ease off on my fear of the ever-present danger of life.  I realized that some risks might actually be worth taking.  I’m not saying I ever learned to put caution to the wind or risk my children’s lives.  I am still super nervous when my kids dig into the dirt and bring me back a handful of worms.  But I grit my teeth and let them do it anyway.  The worry is still there, but I’ve gathered the courage to allow them to try and to explore and to learn from their mistakes a bit more.

Are there limits?  Absolutely.  The following are the requirements I have for ensuring that the risks I’m letting the children take are healthy and beneficial.

1. their safety and the safety of others is not compromised

Now this is a tough one because, as moms, we have a super broad definition of safety.  Let’s take playing in the mud for example.  Playing in the mud might qualify as unsafe because it can potentially leave them covered in germs that they can later put in their eyes or mouth.  However, their safety and the safety of others is not compromised in this situation so what we need to do is look at the pros and cons of this particular “risk”.  Maybe we tend to jump right to the conclusion that it’s unsafe when we really just don’t want to deal with the mess – and that’s fair, playing in the mud is messy.  But it might not actually be unsafe at all.  It’s also important to consider the likelihood of the thing we’re worried about actually happening.  How likely is it that the child will get an infection?  How bad can such an infection be?  Do children tend to play in mud and be fine?  How can we create a mud play environment that minimizes the risk of infection?  Are there benefits to this type of play?

2. if they fail at their task, the consequences are reasonable

This point follows from the previous one and takes it a little further.  Some activities might not be life-threatening but they can cause serious injuries.  Let’s take jumping from a few stairs as an example.  A few days ago, my 3 older children (ages 5, 3 and 2) decided to take turns climbing three stairs and jumping off.  I stood there wondering if I should intervene.  It was just three stairs and after a couple of jumps each, I concluded that the worst that can happen is some bruises.  They were testing out their limits and learning about what their bodies can do.  But before long, my 2 year old decided to climb to the fourth step and try jumping off from there.  I stepped in and told him that I felt that four stairs might be too high to jump from.  I told him it can hurt him once he lands.  He insisted on trying.  And, with winced eyes, I let him.

He actually did fine and, surprisingly, my 4 and 5 year old kids didn’t want to go as high as the fourth step.  However, the 2 year old was encouraged by his success and went up to the fifth step.  That’s when I stepped in and said that this risk was not allowed to be taken.  This jump can potentially break a bone so I set a limit to the fourth stair.

3. they are learning to make good decisions

Whether the children succeed or fail at the task they are attempting, the whole risk-taking process is actually a very scientific one.  They are creating a hypothesis: “I think I can hang upside down from the monkey bar if I put my knees over it and lean back.”  They are testing out their hypothesis and then achieving a result: “I was able to hang for a few seconds but then my arms hurt and I couldn’t get down.  I had to call my mom over to help me.  That was uncomfortable.”  Then based on the result, they create a conclusion: “Next time I try this, I will need to do it on a lower bar so my arms can reach the ground. Hey, there’s a low bar over there.  I’d like to try again.”  From our perspective, it might look like foolishness.  If the child seems to have just failed at something, why do they keep trying again?  They’re little scientists, people.  It’s how they learn and understand and grow.

Parenting comes with risk-taking.  It’s part of the deal.  Some of us are only capable of taking little risks before starting to feel anxious.  And that’s ok. Like for example, we all transition our babies to solid food at a certain point.  We try them on baby cereal at the risk that they will not like it or will have a reaction to it.  When they’re good with that, we try eggs or cheese or chicken.  Little risks in hopes for the reward of having an effective eater.

Some of us are able to take slightly bigger risks.  We witness our children surviving little jumps so we don’t interfere when they attempt jumps that are a little bigger.  But it’s a process.  Life is one of the greatest teachers of the risk-taking skill but understanding healthy risk-taking will add the peace in knowing that there are benefits and reasons why this is acceptable and useful. 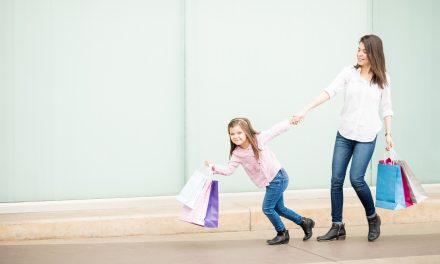 What to protect your kids from 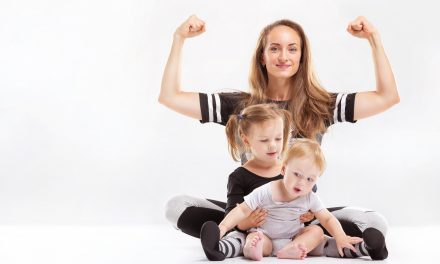 And That’s How It’s Done 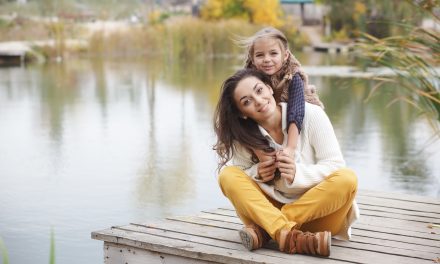 Keeping your cool as you parent 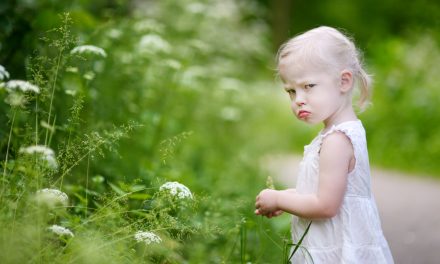