a battle worth fighting 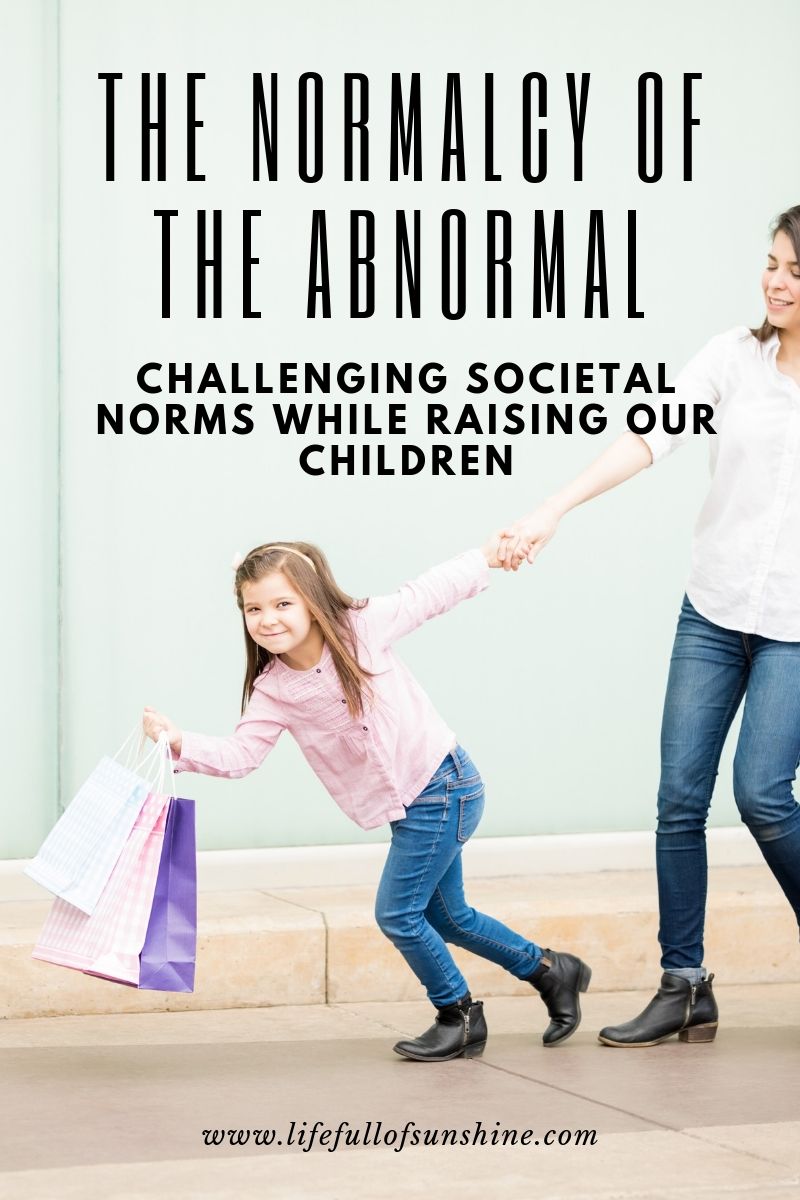 Everywhere we go, every way we turn. Whether we’re at the mall, the bus stop, or looking at billboards along the highway, we will see images of what has now been deemed normal, acceptable, even expected. Huge photos plastered along shop windows in the mall depict women who are barely clothed with very seductive looks on their faces. Other pictures show a couple undressing each other or kissing passionately.

Look, I get it. These things sell. People’s eyes are drawn to these photos. But if we dig just a little bit deeper, we’ll find that the reason why those pictures attract us is by no means a good reason to use them as they are now used. Let me give you an analogy here. Drugs give their user a great feeling. They make you feel relaxed and happy. This makes the drug attractive and appealing. The reason we choose not to use such drugs though, is because we know of the negatives associated with falling for their appeal. They’re addictive. They will manipulate our ability to make proper judgments. And, at the end of the day, there are other means to relax and be happy that might require a bit more work but have no consequences like those that drugs do.

Now imagine if our societies started taking illicit, dangerous drugs and using them as incentives to enter their stores and buy into their services. Will it work? Well ya. At first, we’ll all try to fight it and it’ll only attract people who want to use drugs. But then, slowly, we’ll start thinking that maybe we can enter the store but not use the drugs. We’ll try our best to avoid all the promotion of how great the drugs are and walk right on by without being affected. All of a sudden, we’ll catch ourselves gravitating to the scent of the drugs in certain stores. We’ll stop and just take a look at the varieties being offered. Eventually, whether we become addicted to the drugs or not, we’ll get used to having them around. We’ll stop feeling like they don’t belong and we’ll accept their presence everywhere. Behind the scenes, advertisers will continue to frantically create ways to reach the subconscious of their customers. We’ll find that we only seem to be entering the stores that have creatively implemented these means that we had disagreed with at first. And because the abnormal had become so normal, we are so much less likely to fight it.

This might sound a bit crazy. You might be thinking “I’d never fall for doing illicit drugs as an incentive for anything”. But what about your children? 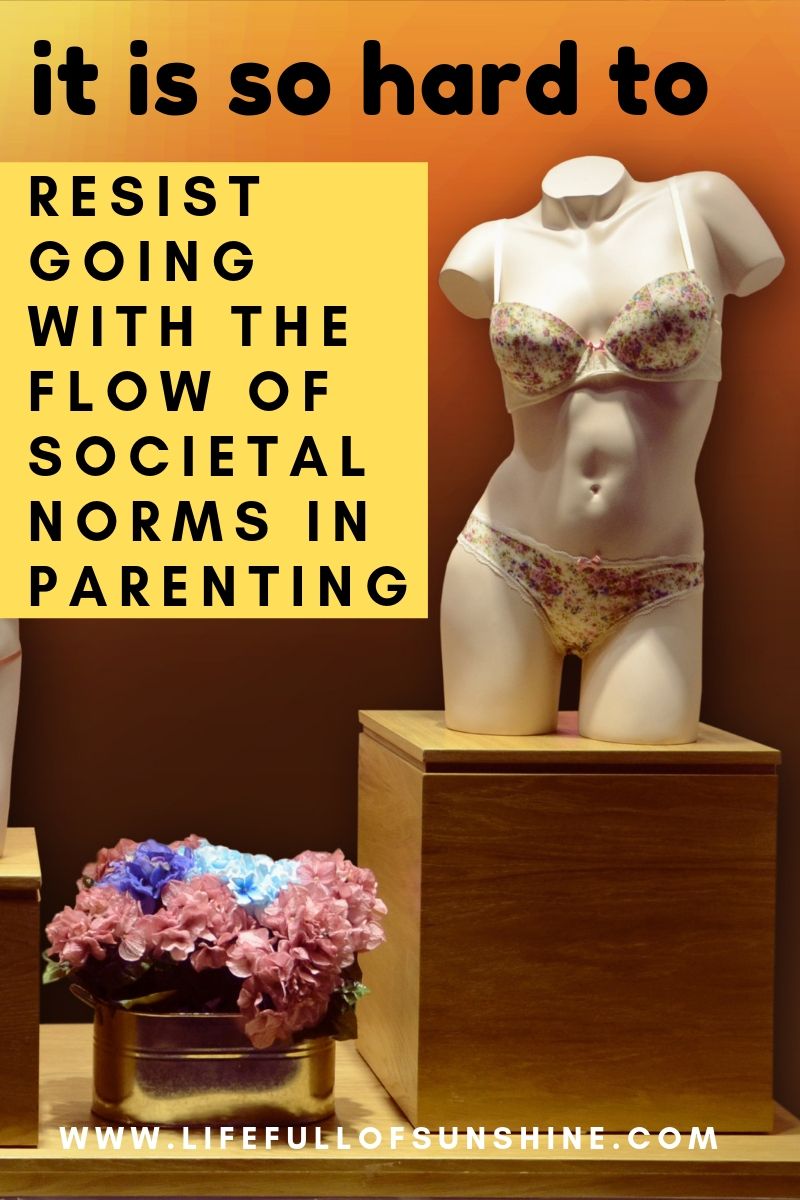 What about the children?

When I had my first child, all of a sudden, all the inappropriate pictures plastered all over my city became highlighted in my eyes. They were everywhere! As I pushed a stroller with my little one year old son in it, I needed him to know that all these images he was looking up at were not okay! He couldn’t even talk yet but there he was being exposed to women kneeling in their thong and push-up bra just because I needed to buy a couple of pairs of underwear.

It hit me so hard that day: we say that today’s children are “growing up” much earlier than older generations did. Maybe this “growing up” isn’t growing up at all. Maybe because we are allowing our children to be exposed to so much inappropriate material from their toddlerhood, they are accepting it as normal. They become curious about such things earlier in their life because it has become part of their mental vocabulary. Boys are only attracted to girls that look like those in the images because they find those women attractive and have been seeing them since childhood. Girls are becoming depressed because they look nothing like those women and boys are not giving them attention. Our daughters will start learning to look a certain way or smile a certain way or sit a certain way in order to be as beautiful and as enticing as those girls in the pictures. Do you see the horrible cycle we are allowing to take hold of our children?

What can we do?

But what is there to do? Are we supposed to avoid taking our kids out at all? Are we supposed to cover their eyes whenever we’re out in public? Well, no. We live and function in this society, so completely avoiding any interaction with the world is not realistic. But I ask myself this. What are some ways I can practically lower their exposure to these kind of advertisements and images? What are some places I can go shopping that are less likely to have such images? What are some conversations I can have with my kids, even when they’re 4 or 5 years old, about these inappropriate photos?

Look mamas, raising good people is hard. There’s no two ways about it. To raise good people who identify these advertisements as inappropriate, we need to put in a lot of work. These marketing companies are putting millions of dollars in research to come up with creative ways to get into their customer’s head. And our kids are their next generation of customers. They want to be the most attractive and the most appealing, regardless of the means it takes to get there. Mamas, I don’t know about you, but I don’t look like those women. I never have. And I definitely don’t ever pose like that. Those images aren’t normal life. But our kids don’t know that. The images are raising our boys to both assume that there are girls out there who look and pose that way and to be completely disappointed at the reality of how a normal girl actually looks and behaves. For our daughters, the message is just as detrimental. They are looking at those images and comparing them to what they see in the mirror. If our voice isn’t at least as loud as the voice of these images, our girls will assume that they are the ones that aren’t normal.

So this is what I’ve decided. When I need new underwear, I won’t be taking my kids with me to stores that I know will have inappropriate images. I will be cautious in allowing my children to watch my computer as I do any online shopping that might include these images. When I’m driving along, I will either avoid certain routes, distract my children on those routes or have a discussion every time they become exposed to advertisements along those routes. I will raise my children to know that those images are altered and inappropriate to look at. I will tell them that advertisers are making a bad choice by using such means in order to attract us to buy the things we need. I will tell my boys that real girls don’t look or sit like that and raise my girls to not measure themselves up to those photos. I will tell them that real people are beautiful and attractive in more important and valuable ways. And if being accused of sheltering my children from the world is what it takes, then so be it.

Feel free to share this post to your friends and see their thoughts on this matter. Leave a comment below to let me know your thoughts. 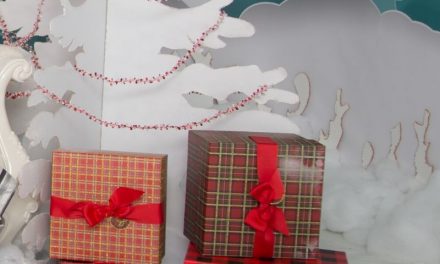 How to Handle All the Christmas Presents 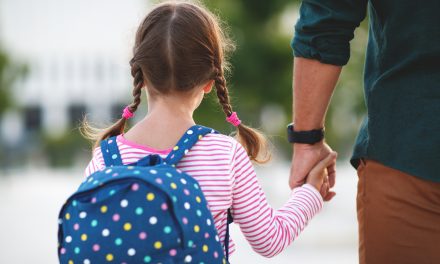 what parents need to know about the coronavirus 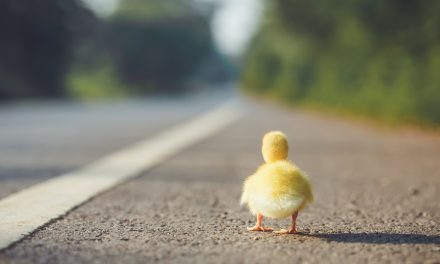 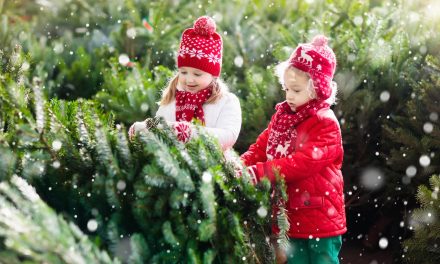